As Amazon and Alibaba in China have realised , the power of combining both online and offline data is unassailable – the best way to truly understand your customers.  And while 97% of groceries (1) are still purchased in-store it’s actually the physical transactional data which is gold dust.

As grocers continue to stock increased numbers of SKUs and introduce new categories such as organic and gluten-free, the overabundance of choice means customers can find navigating their shop a struggle. To maintain basket size, they increasingly welcome being guided towards previous purchases and shown relevant recommendations based on their buying history.

And more choice doesn’t necessarily lead to increased revenue.  The reality is that grocers and food retailers have lost 29% of their market since 1992, according to a report by IDC and Precima (2).

That translates to a huge £230bn of lost revenue every year, through societal changes such as increased eating out, home deliveries and the rise in home meal kits.

How to Leverage it Correctly?

Transactional data from in-store purchases is a huge data asset and one of the most powerful tools we have to understand customers—but it’s also one of the most difficult to use effectively. 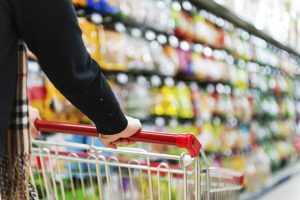 If leveraged correctly it can be used for significant competitive advantage.  Dunnhumby, the global data insight firm, suggests that shopper data can be analysed  to the benefit of all parties:  the customers and suppliers/manufacturers as well as the retailers.  This ‘triple win’ approach is as follows: 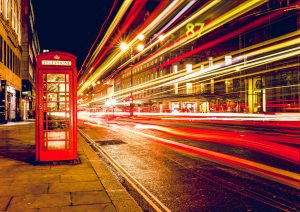 Big grocery retailers are sitting on millions and millions of fragments of customer data.  Analysis can help ‘join the dots’ and allow retailers to interrogate all manner of insights:

Winning at Data in the UK

It’s not much of an exaggeration to say that Tesco’s loyalty card was one of the most important retail innovations of the 20th century. 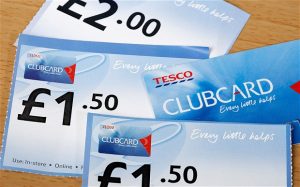 It was implemented by the data insight firm dunnhumby, which was founded by Edwina Dunn and Clive Humby in Chiswick, west London (very close to CMG’s head office!). Clubcard was one of the foundations of Tesco’s rise to become the dominant retailer in the UK and one of the biggest in the world and Tesco subsequently acquired dunnhumby to bring their data capability in house.

Data is often too scattered, too broad, or hard to analyse .

Their Clubcard is widely credited with transforming the loyalty scheme landscape in the UK grocery market.  A year after its launch, in 1995, cardholders were spending 28% more at Tesco and 16% less at rival Sainsbury’s (3).

Maintaining its’ dominance by offering card holders targeted in-store coupons, tie-ups with high street Reward Partners and premium rates for its branded bank, the granddaddy of the loyalty industry is going from strength to strength and now has over 17 million users in the UK (4).

Winners In The US

Big grocery retailers have access to almost endless amounts of data, yet still find it hard to gain a 360-degree view of customer behaviour because data is often scattered, too broad or hard to analyse . 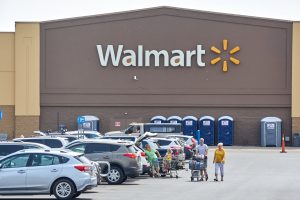 ‘From 1 to 10 in our use of data, I would say we’re probably about a 2’, President and CEO of Walmart Doug McMillon recently said (5). “We use data to improve in-stock and replenish. We don’t use data to personalise ”

Walmart, the world’s largest bricks and mortar retailer, has recently hired (6) information management firm Nielson for a project (due to last ‘multiyears’) called Walmart One Version of Truth.  Their aim is to rationalise  their data in order to provide a new and more efficient way for suppliers and business partners to measure performance, drive growth and improve the shopper experience.

Walmart certainly aren’t the first grocer to be looking at shopper data; but when a retailer of such a size (5,000 stores across the US alone) is looking to invest, then the retail marketplace is going to be watching closely.

Another major grocery chain looking to better utilise  its data is conglomerate Albertsons, the second largest supermarket chain in the US with 2,200 stores.

They focus heavily on customer promotions and have teamed up with digital promotions tech provider Quotient (7) to enable them to use their data to engage with customers one-on-one through digital activity.

They also have access to an abundance of customer data, through their ‘Just for U’ scheme.  Here, members are offered personalised  digital coupons based on their shopping history, along with discounts on regularly purchased items.  Customers are also encouraged to ‘pre-shop’ by creating shopping lists in the ‘Just for U’ app, sorted by aisle rather than by category to simplify the shopping experience (and to make sure the customer finds everything!).

E-commerce in the grocery sector is growing but still in its infancy and so harnessing the huge amounts of data which is collected in store is the only way to fully understand customer behaviour .

1 – 97% of groceries are still purchased in store

3 – Following on from the Clubcard launch, cardholders were spending 28% more at Tesco

4 – Clubcard has over 17 million users in the UK

5 – Walmart’s CEO talking about their use of data

6 – Walmart’s One Version of Truth

7 – Albertsons have teamed up with digital promotions tech provider Quotient