How the Military Embraced Agile – and what Retailers can Learn

In today’s fast-moving markets, only the quickest will flourish and agile principles can play a critical role in enabling retailers to thrive.

The Digital Revolution is transforming the retail industry at an unprecedented rate and customer experience is shaping up to be one of the key battlegrounds. The race to keep up both with customer expectations and also with competitors has created a surge of critical change programmes. And to complicate things further, new ideas will be added to this list quicker than existing projects will be completed.

The likes of Amazon have built agile organisations that enable learning, adapting and moving fast to deliver new products and features that customers want. For established retailers, this is not easy to replicate.

The truth is that many established retailers are built for a different era. They are built for operational efficiency with high levels of bureaucracy and hierarchy which helps to control costs through very structured, and slow, decision making processes. They are not built for agility and embracing continuous change because they didn’t need to be. This poses a challenge in today’s world.

A very relevant analogy for how to deal with this is in General Stanley McChrystal’s book, “Team of Teams: New Rules of Engagement for a Complex World”. The former Army General was leading the US Army against al-Qaeda in Afghanistan when he realised that the current military command and control structure was simply not working. 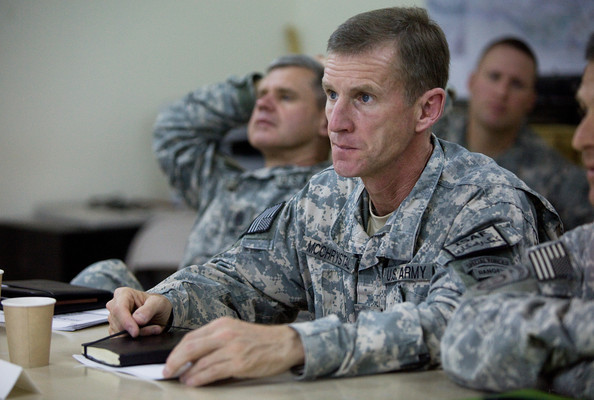 This was because the enemy was not built like a traditional army. It was made up of small splinter cells spread throughout the country that carried out spontaneous attacks with little central planning required. On the other hand, the US army was slow to make decisions because of the chain of command. Also, different functions (e.g. intelligence, special forces etc.) worked in siloes and didn’t share information with each other. This led to a lack of agility in responding to an enemy that could mobilise and act quickly and spontaneously.

To combat this, he implemented a number of unprecedented ideas, including decentralised decision making, by empowering his subordinates on dangerous missions and creating daily meetings to share (previously highly classified) intelligence across all functions. This is credited with changing the course of the war in the US’s favour.

What does this mean for Retail? The expectations of Generation Z customers are growing fast, digital technologies are improving exponentially and systems, processes and data are increasingly interconnected. New opportunities and threats will continuously pop up. This also means that the lifespan of each change is shorter and retailers need to sense, adapt and respond quicker than ever before.

How can they do this?

Retailers need to adopt principles of agile into their culture and organisation structure. This means the following:

It is a huge challenge for established retailers to keep pace with the expectations of customers and embrace digital technologies. However, the real challenge isn’t how to keep up with today. It is how do we create an organisation that is prepared to embrace the challenges of tomorrow.